Warning: the following contains spoilers for Glass Onion: A Knives Out Mystery.

It’s official: Glass onionsRian Johnson’s follow-up to Knives out, is a killer whodunnit. Johnson guides us through a maze’s worth of twists and turns before bringing us to a strong, satisfying conclusion.

But before we reveal the ending, let’s go back to the premise. Tech billionaire Miles Bron (Edward Norton) invites his closest friends to his private island for a murder mystery party. His friends include Congresswoman Claire Debella (Kathryn Hahn), brilliant scientist Lionel Toussaint (Leslie Odom Jr.), former model Birdie Jay (Kate Hudson), her assistant Peg (Jessica Henwick), right-wing streamer Duke Cody (Dave Bautista) , and his girlfriend Whiskey (Madelyn Cline). Also on the trip is world-class detective Benoit Blanc (Daniel Craig), and Miles’ ex-business partner Cassandra “Andi” Brand (Janelle Monáe). Everyone on the island (minus Benoit) has a reason to want Miles dead, and with tensions higher than ever, it’s only a matter of time before we witness a shocking murder.

Like the titular glass bulb, this mystery has layers. But also like the titular onion, this mystery is pretty transparent about the culprit. We just have to get past all the distraction to see the killer for who they really are. Let’s put on our best Southern gear in honor of Benoit Blanc and break it down.

Who dies in Glass onions? 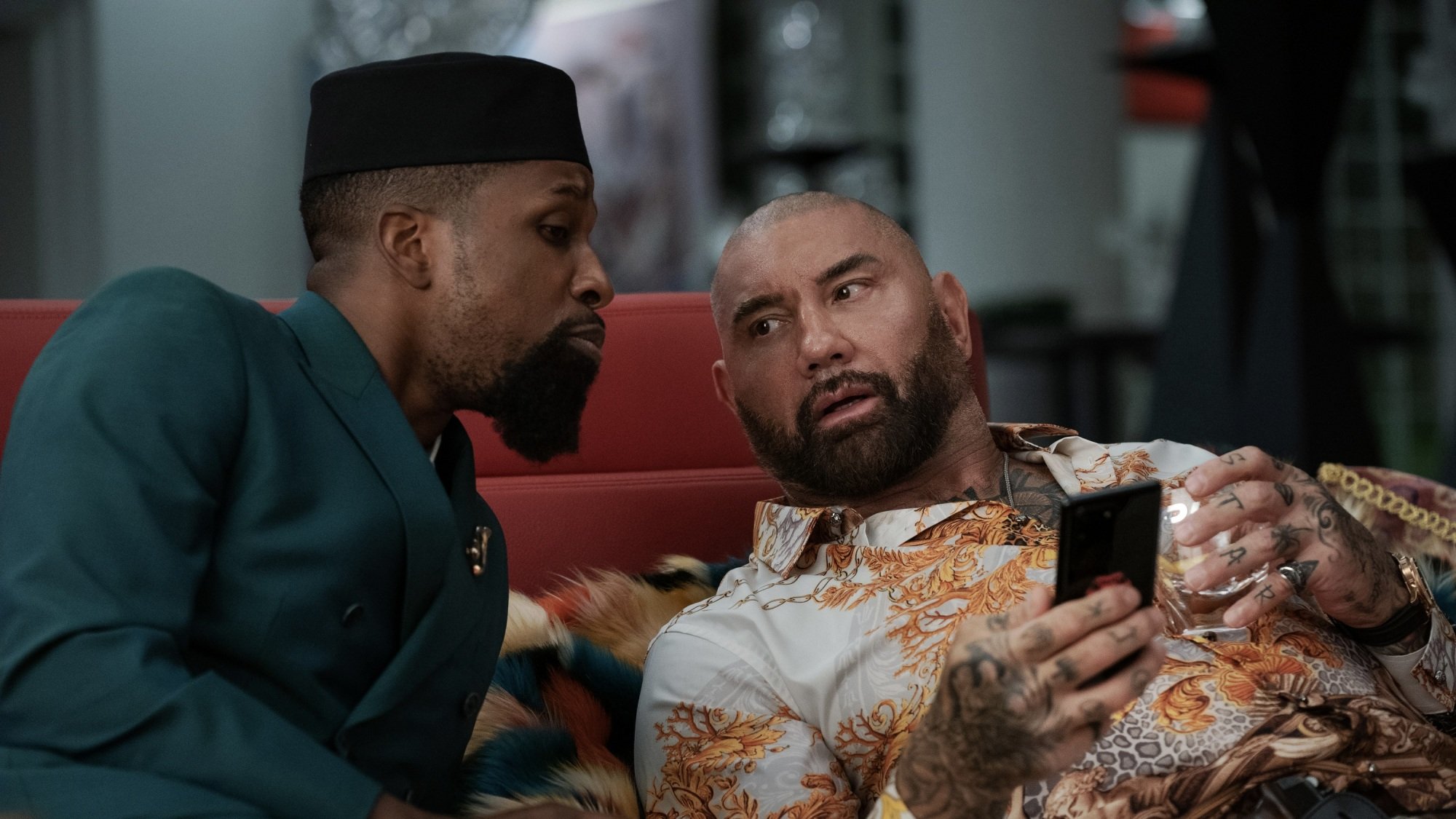 Miles may have invited his friends to the island to solve his murder, but he is not our victim. No, that honor goes to Duke, who collapses and dies after drinking from Miles’ glass instead of his own. Miles panics and claims that someone is trying to poison him. Then, to make matters worse, all the lights go out. In the ensuing panic, someone shoots Andi, bringing our body count up to two.

Except Andi isn’t even Andi – she’s Helen, Andi’s identical twin sister in disguise. Not only that, Helen is not dead. The bullet lodged in one of Andi’s journals that she carried around, allowing her to survive the assassination attempt.

Still, the body count is two, because Andi really is dead – she died before the invitations to Miles’ island were sent out. All this time, Benoit and Helen have been trying to solve her murder, but Duke’s death is an added complication. A donut hole in another donut hole, if you will.

How did Andi die in Glass onions? 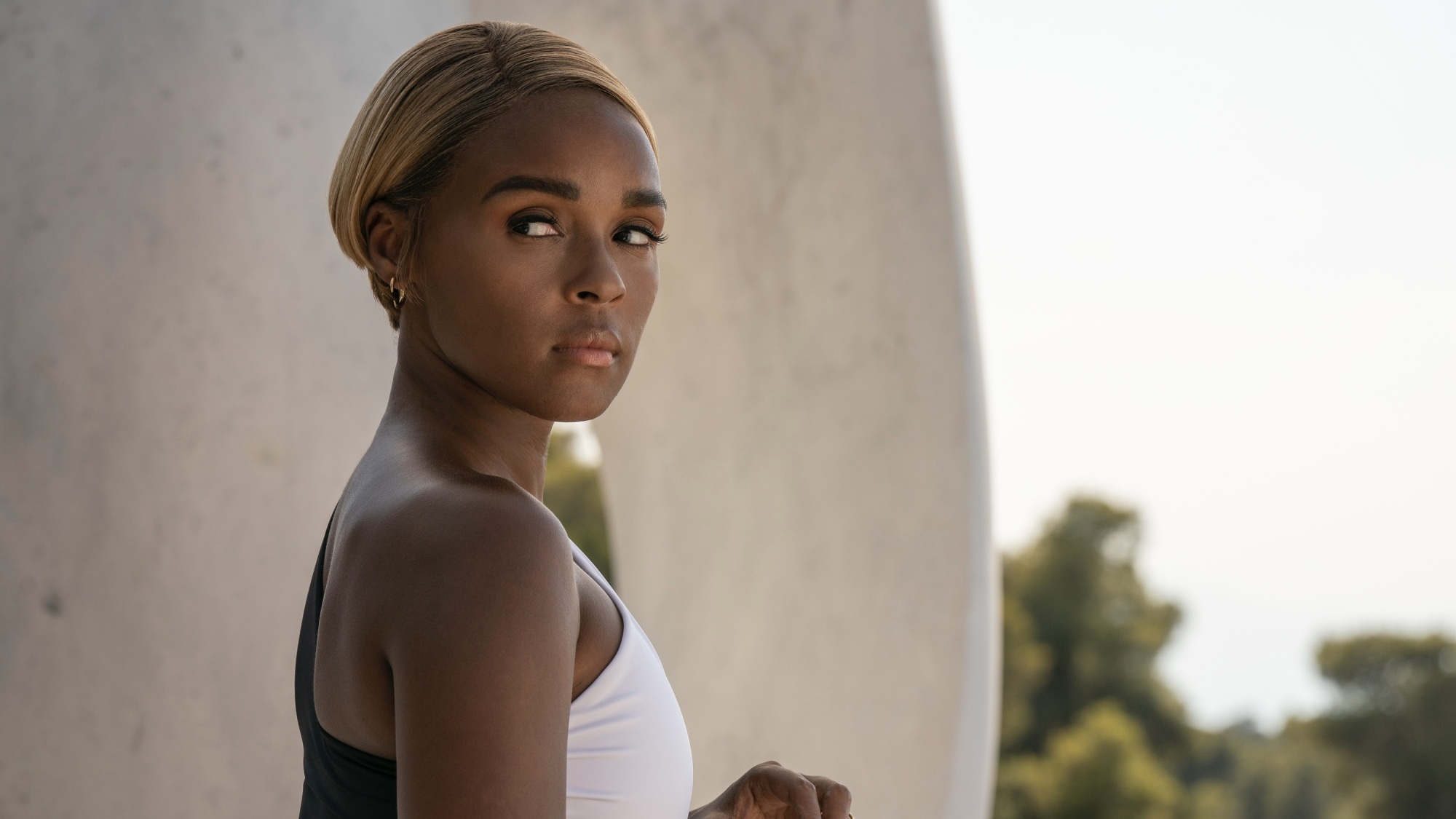 The authorities believed Andi died of suicide. However, after going through Andi’s journals and emails, Helen has a hunch that her sister was murdered by one of Miles’ inner circle.

Andi and Miles were business partners in the technology company Alpha, but when Miles wanted to launch a volatile new energy source called Klear without any testing, Andi walked away. In the ensuing lawsuit, Miles shut her out of Alpha altogether, claiming that he had come up with the main idea for Alpha. His evidence? A cocktail napkin on which he wrote his plans. However, it was originally Andi who detailed her ideas on a cocktail napkin from the Glass Onion bar, where the ‘Disruptors’ gang would all be hanging out. Unfortunately, she couldn’t find the napkin in time for the trial – because honestly, who keeps track of year-old napkins? — gives Miles an opportunity to fake his own. He got their friends to perjure themselves on his behalf, with the promise of bankrolling ventures like political campaigns or sweatpants companies.

Cut to the aftermath of the trial. Andi finds her original cocktail napkin and emails Claire, Lionel, Birdie and Duke to inform them of her discovery. Helen suspects that one of these four drugged her, stole her cocktail napkin, and staged Andi’s suicide, because if Andi exposed Miles, they would all go down too.

All these ‘Glass Onion’ combs, ranked

So who killed Andi? 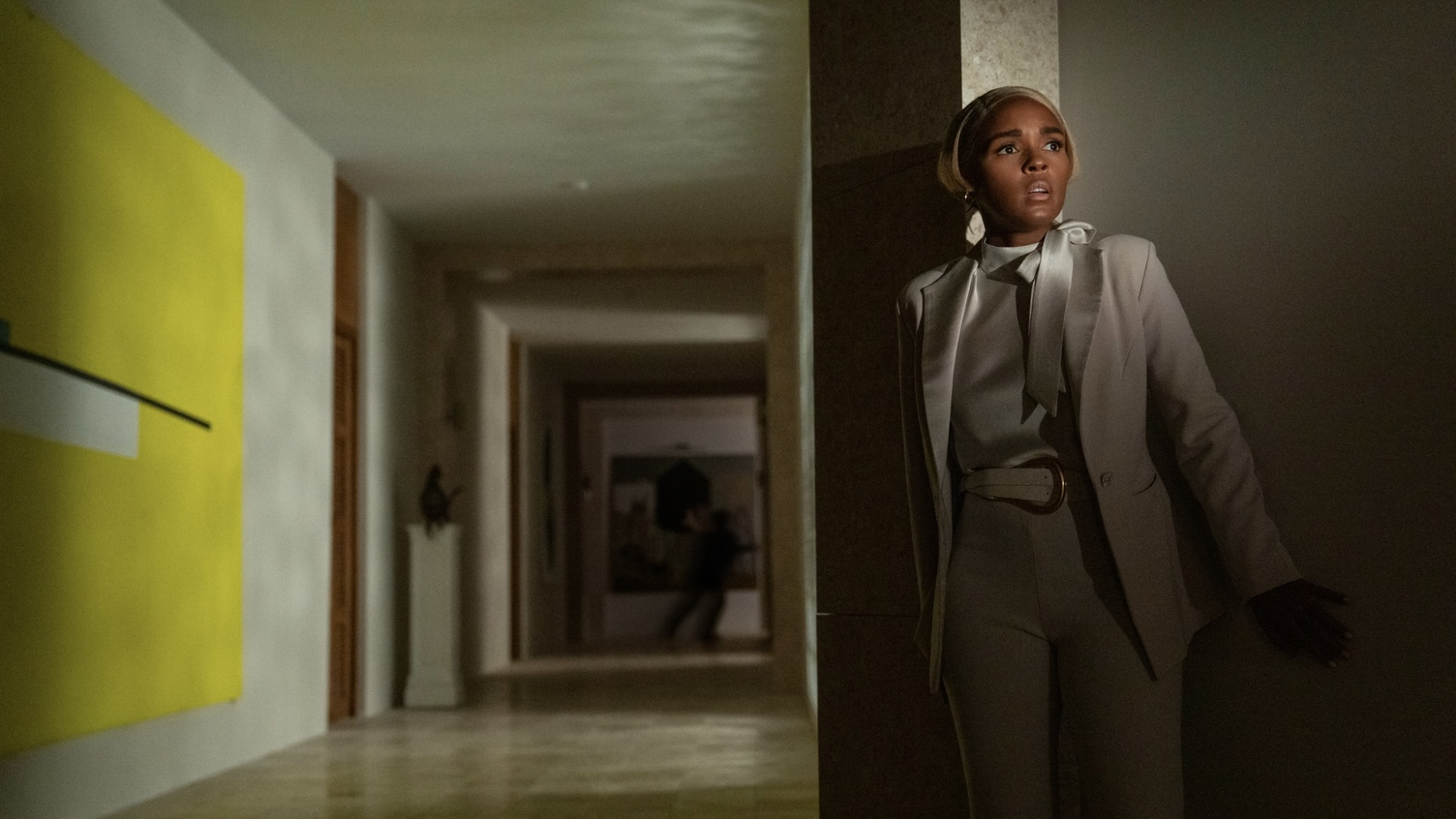 Helen (not Andi) in search of her sister’s killer.
Credit: John Wilson/Netflix

In a twist, none of Helen’s original four suspects killed Andi. Instead, the culprit was none other than Miles, who found out about Andi’s email via a fax from Lionel.

As Benoit points out, it almost is also obvious, but it makes the most sense: Who has more to lose from Miles being exposed than Miles himself? Like the glass bulb, the truth always hid transparently in plain sight.

Wait, so who killed Duke? 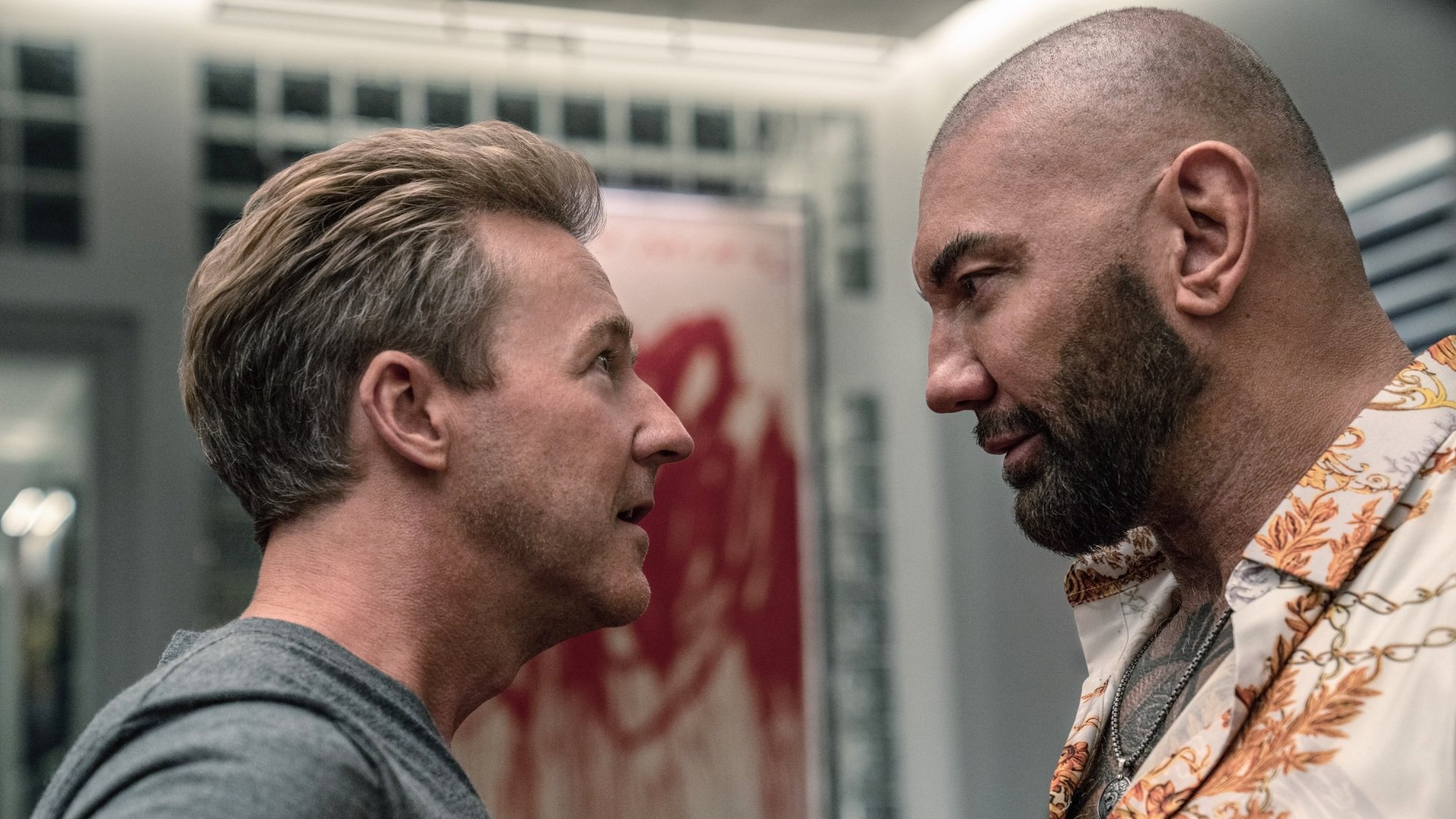 A murder is planned in real time.
Credit: John Wilson/Netflix

Believe it or not, Miles too! Everyone who received Andi’s email rushed to find her, but only Duke saw Miles speeding away from the scene in his iconic Baby Blue car. Throughout his stay on the island, Duke kept hinting that he saw Miles leaving Andis – the word “pancake” means one a lot of heavy lifting here – and trying to leverage Miles for a spot on Alpha News. When news of Andi’s death hits the web, Duke secretly points it out to Miles and forces his hand.

Is Miles concocting an elaborate poison to dispatch Duke? Not exactly. He only takes advantage of Duke’s pineapple allergy, prescribed in the scene where all the guests are given a potential COVID cure before arriving on the island. Miles hands Duke his own glass, which contains a tropical cocktail with hints of—you guessed it—pineapple juice. All he has to do is convince everyone that Duke simply made a mistake by picking up Miles’ glass, turning off the lights, and shooting Helen (who he thinks is Andi) with the gun he stole from Duke. In short, Miles, gatekeeper and girl boss have to get out of this.

Benoit is obviously upset about the multiple murders, but funnily enough, he’s almost more angry about the fact that Miles’ guilt was hiding in plain sight. He pretty much gave Miles the idea of ​​the lights going out and someone getting shot. And to top it all off, is pineapple juice being used as a murder weapon? Ridiculous! But that’s Miles for you – a tech billionaire idiot who’s never had an original idea in his life.

Will Miles stand for justice for the murders of Andi and Duke? 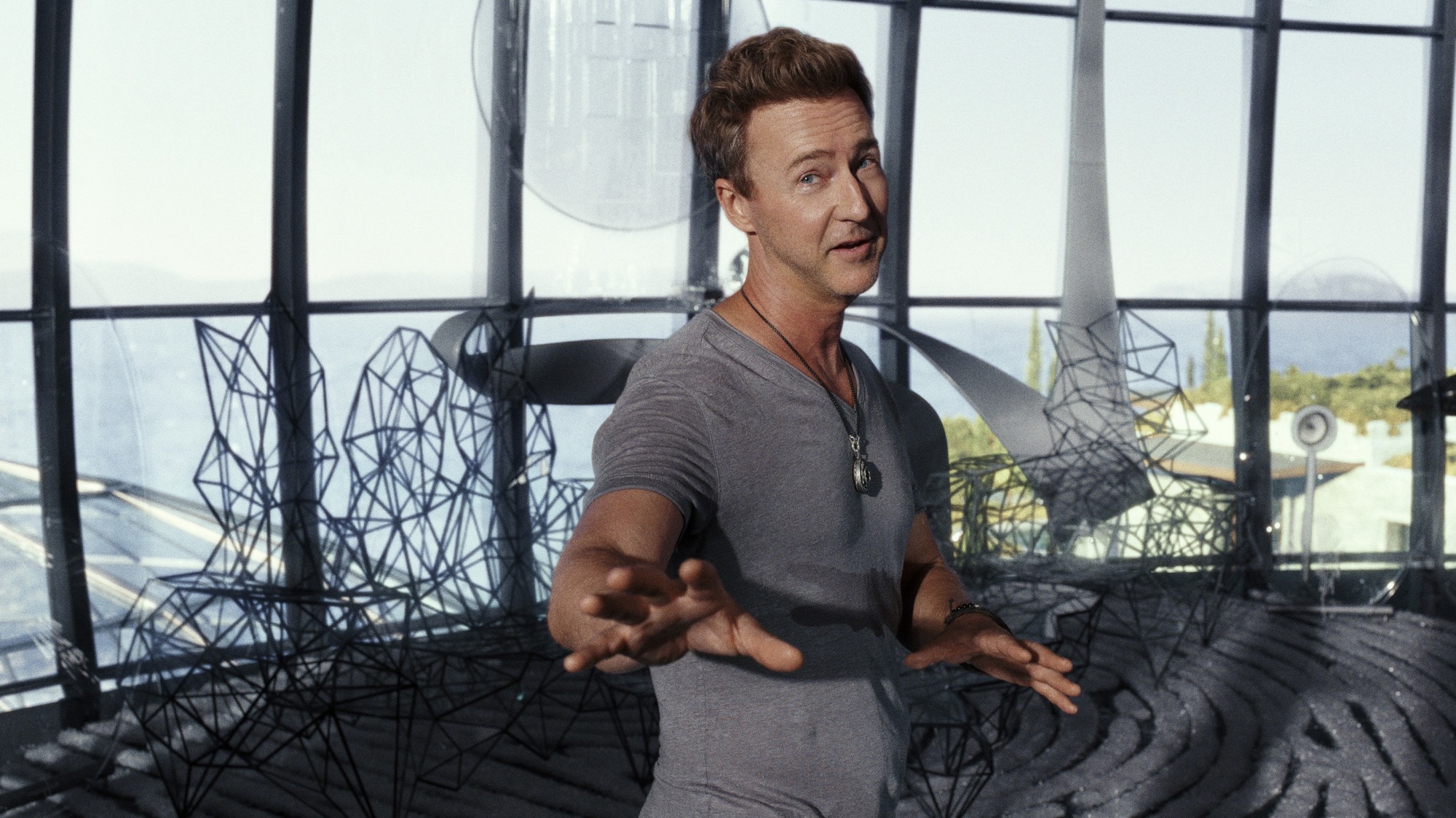 It really is a moment where it looks like Miles is going to get away with his crimes. Helen finds Andi’s cocktail napkin, but Miles burns it to a crisp. Then all the island guests say they don’t remember seeing any evidence of his killing Duke. Of course they side with the richest person in the room… even though he’s an admitted murderer.

But Helen won’t back down until Miles pays for what he did to Andi. She destroys his elaborate glass statues in a very cathartic scene, then sets his house on fire. Remember that Miles boasted that his entire house was powered by Klear hydrogen fuel. When it comes into contact with fire, we get an explosion that Claire aptly describes with one word: “Hindenburg”.

In the ensuing explosion, Helen disables the security system as a protector Mona Lisa which Miles has on loan from the Louvre during lockdown. Yes, the actual Mona Lisa. The world’s most famous painting goes up in Klear-powered flames, ensuring in a deliciously roundabout way that Miles gets what he’s always wanted: to be remembered in the same breath as Mona Lisa. How does that immortality look after you now, Miles?

Seeing the carnage and Miles’ absolute meltdown, the so-called “friends” turn on him one by one, agreeing that they all saw him burn the napkin and change Duke’s drink. As police boats descend on the island, Benoit enjoys a smoke with houseguest Derol (Noah Segan), and Andi prepares to go home knowing she’s avenged her sister.

So there you have it: Glass onions features a double murder mystery involving pineapple juice, a red envelope, two deaths, an explosion, and Mona Lisa. It’s the kind of twisted mayhem you can only get from a whodunnit involving our favorite Southern detective. We hope that Benoit Blanc and Helen get a good rest after returning from Greece. After peeling back the layers of this wild mystery, it’s the least they deserve.

‘Quordle’ today: See every ‘Quordle’ answer and hint for December 24

‘M3GAN’ ending explanation: How the final shot sets up a sequel