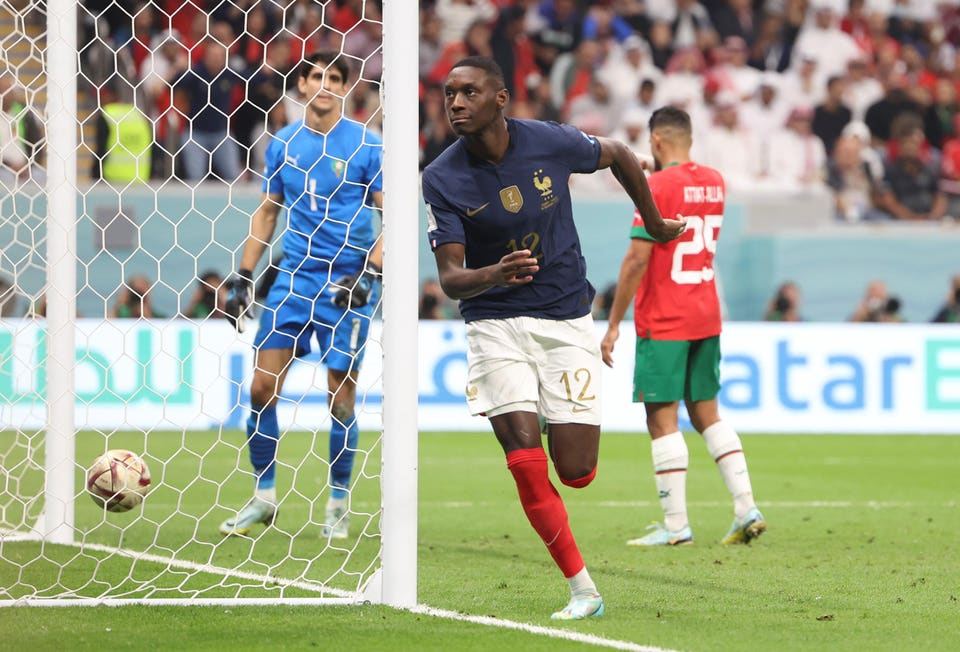 Randal Kolo Muani could very well be the transfer of the season already. The striker was signed on a free deal by Eintracht Frankfurt from Nantes last summer and has since increased his €16 million ($17 million) Transfermarkt market value at €37 million ($40 million). Kolo Muani’s market value was last updated on Friday after a strong World Cup with France.

The 24-year-old striker was a late addition to the squad, replacing RB Leipzig forward Christopher Nkunku, who suffered a ligament injury in the build-up to the tournament. Kolo Muani then certainly made the most of the tournament, scoring one goal and one assist for France en route to the final, where he became the tragic hero who missed a big chance with just a moment left to put the game away.

Racially abused on social media, Kolo Muani and teammate Aurélien Tchouameni had to deactivate their Instagram accounts. It was a sad end to a tournament for the Eintracht Frankfurt striker, whose stock has been on the rise since his move to the Bundesliga last summer. It also overshadows the fact that the striker may be one of the most in-form strikers in Europe.

Not the only category Kolo Muani has impressed in. According to Wyscout, the French striker’s 51 progressive runs are second only to Leverkusen’s Jeremie Frimpong (73). Kolo Muani’s 8.34 dribbles per 90 minutes is also fourth in the league, just behind Hertha’s Chidera Ejuke (9.07), Hoffenheim’s Georginio Rutter (9.01) and Bayern’s Kingsley Coman (8.7).

With these numbers in mind, it’s no surprise that Kolo Muani has already been linked to Rekordmeister. While the number one target for the No.9 position remains England striker Harry Kane, Bayern have reportedly earmarked Kolo Muani and his French team-mate and Gladbach striker Marcus Thuram as potential options.

Still under contract until 2027 in Frankfurt, Kolo Muani has been offered to Bayern Munich ahead of the World Cup as a possible replacement for Eric Maxim Choupo-Moting. However, sporting director Hasan Salihamidzic recently confirmed in an interview with Sport Bild that talks with Choupo-Motings about a contract extension are ongoing.

“I am in touch with his management,” Salihamidzic said. “We will meet in the next few weeks and start the talks. Choupo was incredibly good for the team, especially in the second part of the first half of the season. He performed well and made everyone happy.”

However, with Kolo Muani’s price tag increasing, it is unlikely that Bayern will be able to sign the French striker as a backup to Kane. Indeed, Frankfurt is no stranger to record-breaking transfers. Previously, the club sold strikers Luka Jović for €63 million ($66 million) to Real Madrid, Sébastien Haller for €40 million ($42 million) to West Ham, and André Silva for €23 million ($24 million) to league rivals RB Leipzig.

In other words, Frankfurt knows how to demand a significant transfer fee, and Kolo Muani is getting to the point where he can break the club record set by Jović. It could again cost him out of a transfer to Bayern Munich.

Manuel Veth is the host of Bundesliga Gegenpressing Podcast and the area manager USA on Transfermarkt. He has also been published in the Guardian, Newsweek, Howler, Pro Soccer USA and several other outlets. Follow him on Twitter: @ManuelVeth