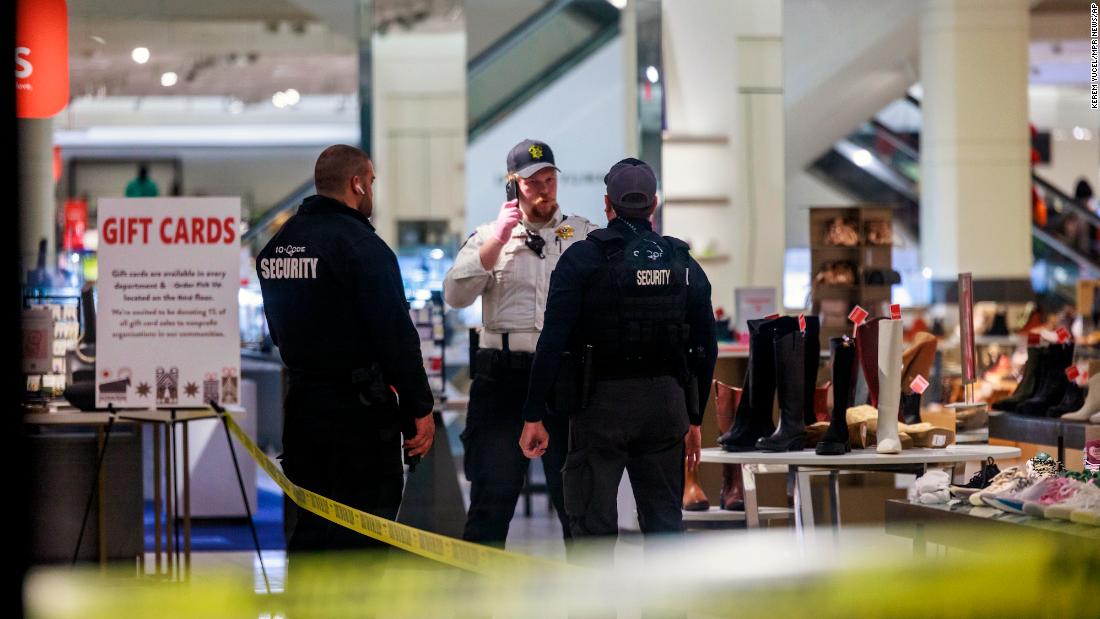 Five people were arrested on Saturday in connection with the shooting death of a 19-year-old the night before in Minnesota’s Mall of America, the largest shopping center in the United States, police said.

Investigators believe the shooter is one of the adults who was arrested, Hodges said. They are trying to determine if another shooter was involved. The suspects were expected to be charged with second-degree murder, according to Hodges.

Hodges had previously said officers heard gunshots on the first floor of Nordstrom just before 8 p.m. local time Friday and found a man shot multiple times in the store. ,

On Saturday, Hodges said an officer working at the Watches of Switzerland store saw people coming out of Nordstrom, ran into the store and found the victim.

Life-saving measures were performed on the victim, but were unsuccessful. A bystander who was grazed by a bullet is expected to survive, Hodges said.

The 30-year-old mall, about 10 miles south of downtown Minneapolis, is a popular Midwestern tourist destination, with tens of millions of visitors each year. The giant shopping complex has more than 500 stores, more than 50 eateries, dozens of attractions and two hotels, according to the owners.

Friday’s shooting comes about five months after suspects fired shots into a crowded store at the mall. No injuries were reported in the incident in August.

Hodges said the fatal shooting was the first firearm-related homicide at the mall. There was a domestic-related fatal stabbing at the mall in 1999, he said.

A preliminary investigation into Friday’s incident indicated there was an argument between five to nine people inside the Nordstrom. Store surveillance video showed a man pull out a gun and shoot the victim, Hodges said.

“We have an incident where if somebody decides they want to pull out a gun and shoot somebody with a complete lack of respect for human life, I still don’t know what we can do to stop that,” Hodges said.

A motive for the shooting is not yet determined.

Jovonta Patton, a Billboard gospel singer, was filming an Instagram reel at a Gucci location inside Nordstrom when shots rang out in the background.

Patton quickly ran to the back room of the store to hide for about 15 minutes, where about six or seven others had also taken cover, he told CNN.

Several New York Giants players were also inside the mall at the time of the shooting, according to NFL Network insider Tom Pelissero.

The team was staying at a nearby hotel ahead of a game against the Minnesota Vikings in Minneapolis on Saturday. Giants spokesman Pat Hanlon told The Associated Press on Friday that the players who were at the mall during the shooting had returned to the hotel and had all been accounted for.

CNN has reached out to the New York Giants for comment.

Team announcer Bob Papa was also inside the mall during the incident.

“Scary here @mallofamerica,” he tweeted on Friday. “Shooting in shopping mall. On lockdown at #TwinCitiesGrill. Two gunmen, at least one victim.” An hour later, Dad said, “Safely out of the mall and back to the hotel. Prayers to the victim.”

Students who depend on money from mum and dad run the risk of dropping out, warns the university head