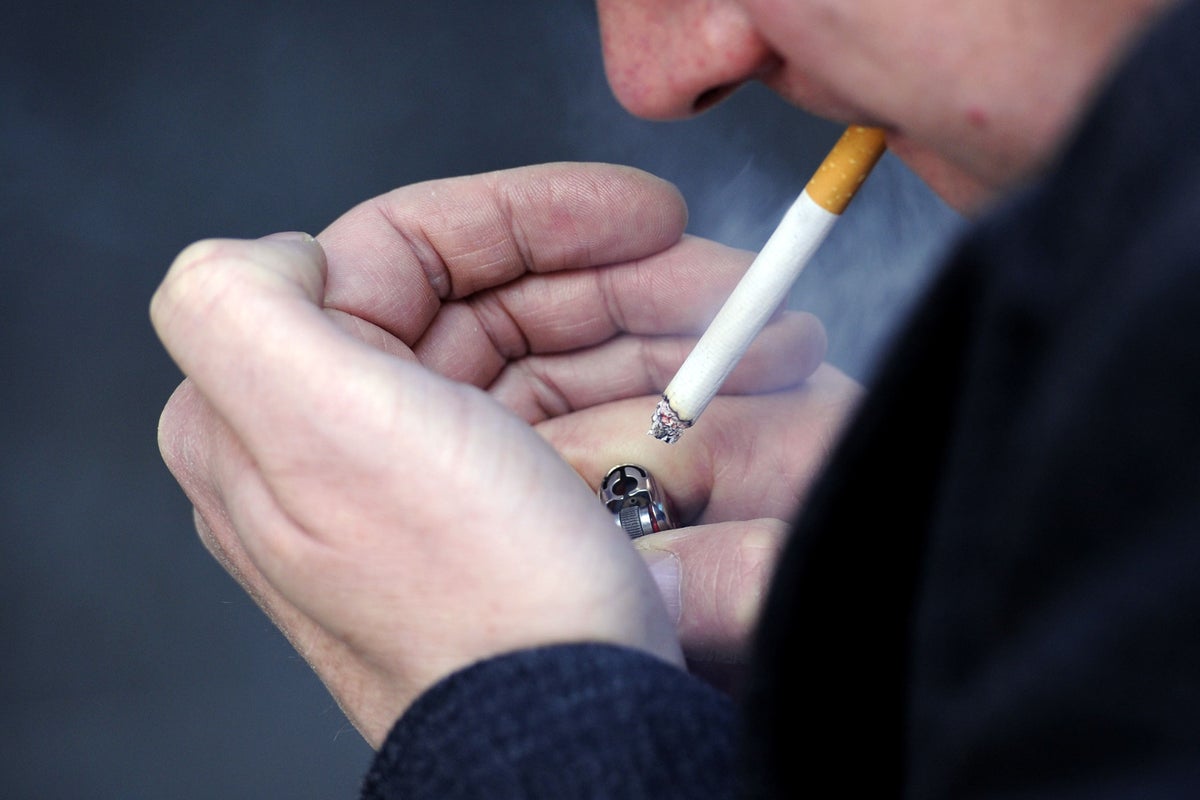 The government will miss its current target of curbing the number of smokers in England by 2030, according to new analysis.

In 2019, ministers set an ambition for England to become “smoke-free” by 2030 – which is said to be achieved when the adult smoking rate falls to 5% or less.

But Cancer Research UK said it could take almost an extra decade to reach the target.

The charity said progress in cutting the number of smokers has “slowed”.

Based on current trends, the government will not reach the target until 2039, it says.

A new report from the charity adds that by 2030 around 8.3% of the population will describe themselves as smokers.

Cancer Research UK has called on Health Secretary Steve Barclay to do more to curb smoking rates, including considering raising the age at which people can buy cigarettes and investing more in stopping smoking.

If the government cannot afford this, it should make the tobacco industry “foot the bill”, the charity added.

The charity also called on the government to respond to the Khan review, published in June, on making smoking redundant.

“Smoking remains the biggest preventable cause of cancer and death in the UK, but the Government has the power to change this,” said Michelle Mitchell, chief executive of Cancer Research UK.

“With bold action and strong leadership, we can ensure a tobacco-free future to reduce cancer and save lives.

“We call on Steve Barclay to continue his legacy of being bold on tobacco control to reduce the number of people who get and die from smoking-related cancers, ease the pressure on the NHS and save the country billions of pounds every year.”

“But people rarely succeed on their own – they need support and the right tools to help them quit.

“Despite this, budgets for smoking cessation services have been cut repeatedly and access varies widely across the country.

“If the Government is serious about a smoke-free England, action to create an environment that makes it easier for people to live healthily will be key.

“It needs to take on board the recommendations of the Khan review and publish a plan to stop people starting to smoke and help people to quit.”

A Department of Health and Social Care spokesperson said: “The Government remains committed to its Smokefree by 2030 ambition and the action we are taking means that smoking rates in England are at an all-time low.

“We continue to enforce strong regulations around the sale of cigarettes that help smokers quit and protect future generations from starting this deadly addiction.

“We are currently considering the wide range of recommendations set out in the Khan Review and how best to take these forward – with next steps to be set out in due course.”

Golden Globes Recap: Best and Worst Moments of the 2023 Awards