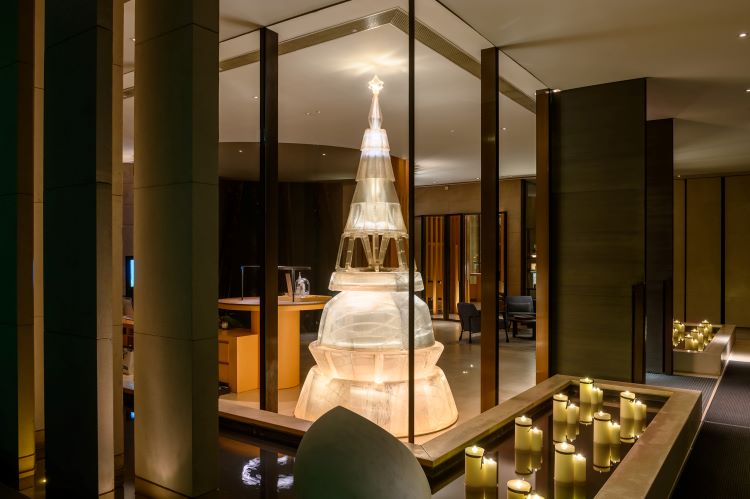 As many creative conversations this year have revolved around the topic of AI and advances in systems such as Midjourney and DALL-E 2, it’s fitting that Dentsu Creative UK chose an AI Christmas cracker instead of the traditional Christmas card this year. The digital cookie can be accessed via a link, where users are asked to enter their name and select the desired level of cheesiness for the joke – ranging from mild to stinky. When it starts to conjure up a joke, the cookie transforms into various festive shapes, such as a cluster of baubles and a cookie-shaped gingerbread man, before exploding into confetti and revealing an AI-generated Christmas joke.

Through horribly cheesy AI jokes, the project aims to highlight that the best humor comes from human minds and is in aid of the charity Mind UK, which provides advice and support to those experiencing a mental health problem.

Digital design agency AKQA launched its 2022 Christmas card, which was created with Ukrainian production designer and artist Mariia Shub and her brother, animation director Rodion Shub. The two Ukrainians were temporarily displaced to the UK and Canada (Mariia is in the UK with her two children, while Rodion is in Canada).

The Christmas card is inspired by the Ukrainian folk song Shchedryk, better known as Carol of the Bells, and seeks to spread both hope and awareness of how people’s lives have been affected by the war in Ukraine. Originally written by Mykola Leontovych over a hundred years ago, the traditional Ukrainian folk song about the arrival of spring tells the story of Shchedryk. The song’s title is derived from the Ukrainian word “shchedryj”, meaning bountiful, and in the lyrics a swallow flies between households, telling families of the bountiful year to come. AKQA’s Christmas card follows the swallow’s journey and is accompanied by the Shchedryk melody, using Ukrainian culture and creativity as inspiration for the animation.

Swire Hotels’ luxury hotel brand The House Collective commissioned Hong Kong-based architecture and multidisciplinary design studio Editecture to create a tree made from 100% recycled materials. The structure, called Tree That Lives On, was designed to be deconstructed after the holidays, when it will be repurposed into 21 custom pieces of furniture, such as lamps, tables, stools and chairs. This reuse will be the third life cycle of the materials as the 3.6 meter tall tree is made from 38,600 discarded plastic bottles and recycled glass, rescued from landfills and waterways. After being shredded and melted, the waste was made into spherical ornaments.

All proceeds from the sale of the furniture will go to the local Hong Kong Sheng Kung Hui Welfare Council, which supports underprivileged families living in sub-divided apartments. The zero-waste regenerative approach aims to encourage eco-awareness over the holiday period.

Creative agency Oliver took a budget-friendly approach to their Christmas cards this year, donating the savings to the World Food Program charity instead.

The agency says the design required no expensive photoshoots, tech builds or photoshop, instead using ASCII (American Standard Code for Information Interchange) to create minimalistic and colorful digital greeting cards. ASCII computer text art is created using the code and its 95 characters to produce images, from simple emoticons to more elaborate works. Oliver’s card features words like Happy Holidays in illustrative styles as well as an image of an American bill and a snowman.